For a full CV in English: 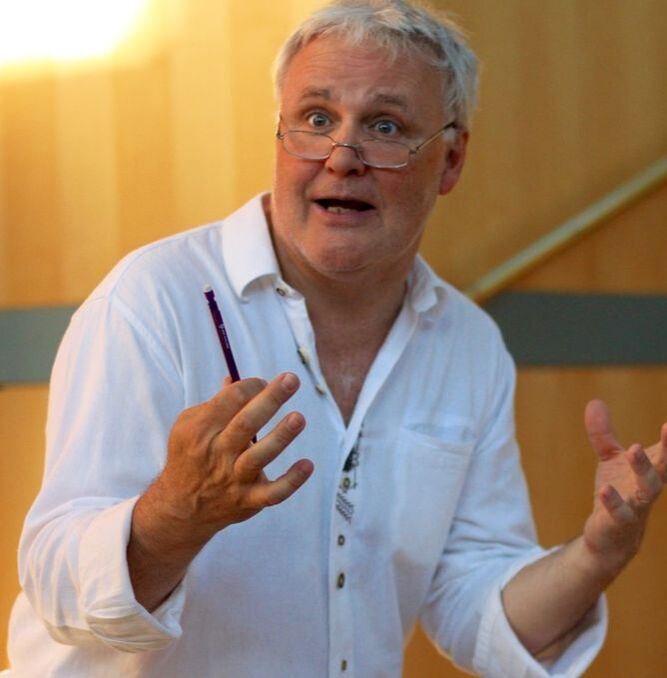 Thomas Caplin (1960) Professor, choral conducting and management.
Mr Caplin received his education as a singer, conductor and choral pedagogue at the Royal Academy of Music in Copenhagen and at the Royal Academy of Music in Stockholm. He is frequently engaged as guest conductor and clinician, and as adjudicator in competitions in Norway and abroad since 1994, where he has been adjudicating in choir competitions on more than 30 occasions, including World Choir Games in 2006, 2010, 2014 and 2016. Among Caplin's fields of expertise, he is particularly renowned as a specialist within the psychological/pedagogical aspects of choral leadership, coupled with the traditional perspectives of choral conducting and the overall running of a choir including all aspects. Another area where his knowledge and understanding is in demand, is the cross section between classical/traditional leadership and rhythmic choral leadership.

THE LEARNING CONDUCTOR
This focus area is also fundamental in his book on choral leadership in Swedish and Norwegian, a book that was globally published as en E-book in English in 2017 where new didactic and digital approaches are used in order to speed up the learning process of conducting. This book is now in the process of becoming a Chinese edition. He also specializes in the cross field between classical and rhythmical singing and conducting.
In addition, his publications include a number of compositions, arrangements and CD recordings (see more under the tag "Published"). His publications are to be found at Cantando Music Publisher, Stavanger and at Musikk-Husets forlag, Oslo.

In 2004 he was awarded the recognition “Choral Director of the Year” by the Norwegian Choral Directors’ Association. He has received international recognitions for his leadership of the following choirs :
The Lund University Male Choir (prominent male choir from University of Lund, Sweden, World Choir champions in Shaoxing in 2010), Chamber Choir Collegium Vocale (Norway), Oslo University Male Choir (World Choir Champion in Xiamen, China 2006) and ﻿Defrost Youth Choir.﻿ Internationally he was in the steering committee for the IFCM mentor program "Conductors Without Borders", and is the Norwegian representative in the Interkultur World Choir Council. His present employment is Professor in music at the Inland Norway University of Applied Sciences, Hamar (Norway. He presently conducts the Defrost Youth Choir, and is a leader of and singing member of the vocal group Nordic Blue.